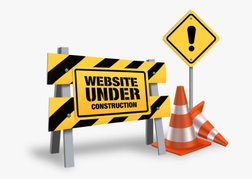 The NH90 is a twin-engine, multi-purpose helicopter. The helicopter was developed in response to NATO's need for a military helicopter that can operate both over land and over sea. The NH90 has been developed, built and is supported by NHIndustries, a joint venture of Leonardo (formerly Agusta Westland), Airbus Helicopters (formerly Eurocopter) and Fokker.

The NFH version is used for surface warfare (ASW), anti-submarine warfare (ASuW), search and rescue (SAR), support in, for example, intercepting drug shipments or boarding suspect ships, resupplying ships and transporting troops. The NFH is equipped for this with an impressive Radar, a long-range active sonar (HELRAS), sonar buoys and FLIR, a MAG or M3M.

These aircraft can also be used to a limited extent in air defense (if equipped with Stinger missiles - or similar).

The primary role of the TTH version is to transport twenty military personnel or more than 2,500 kg of cargo. The devices are also suitable for Search & Rescue.

The TTH has, among other things, self-sealing fuel tanks, in connection with the risk of being shot at by anti-aircraft guns above land.

A crossover between the NFH and the TTH is the Marinised TTH (MTTH). This is a transport helicopter for use from the sea. Essentially a TTH variant, but fitted with the landing gear and auto-folding rotor blades of the NFH.

Belgian Air Force -
Koksijde Air Base - July 4 2015 -
The NH90 is the successor to the legendary Westland MK-48 Seaking Helicopter.