This is what makes planespotting worth doing it. 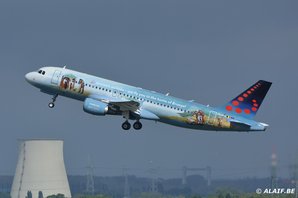 The 6th Belgian Icon in the Brussels Airlines fleet was created to commemorate the 450th anniversary of the death of painter Bruegel.

Pieter Bruegel the Elder was the most significant artist of Dutch and Flemish Renaissance painting, a painter and printmaker from Brabant, known for his landscapes and peasant scenes.

More pictures by following this link! 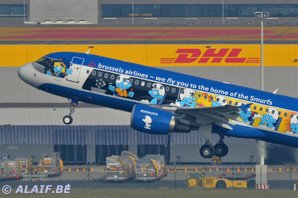 And here she is, the 5th Brussels Airlines' icon. The "Aerosmurf" is a bird filled with the famous Smurfs. The litlle blue guys (and girl) are celebrating their 60th anniversary! 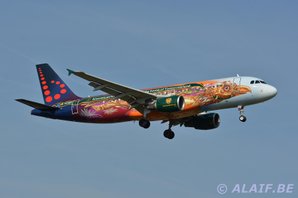 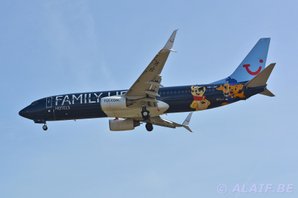 This bird received it’s special livery in February 2016. Before that it was flying under the “Jetair Fly” colors.  This livery was made to promote the Family Life-hotels owned by the TUI group. Meanwhile “Jetair Fly” became TUI Belgium. 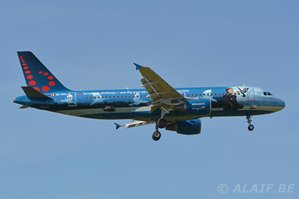 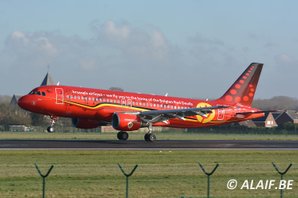 We fly you to the home of Magritte. Brussels Airlines makes a tribute to one of Belgium's most famous painters René Magritte. Who doesn't know the famous painting with a pipe called "Ceçi n'est pas une pipe"?

We fly you to the home of the Belgian Red Devils. Brussels Airlines being one of the main sponsors and, obviously, the official provider of transport for our national soccer team, made this very nice livery with the help of the players. If you have a closer look you will probably recognise some players in the pictures on both sides of the plane. 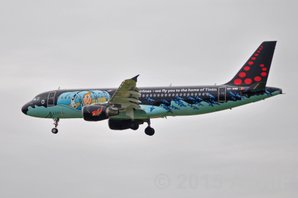 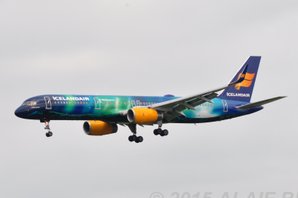 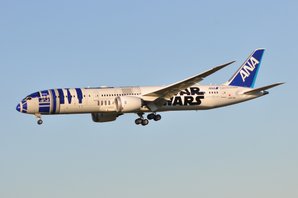 We fly you to the home of Tintin. Brussels Airlines made a very nice tribute to one of our most famous comic books heros: "Tintin". And if he's famous? Even Steven Spielberg made a movie of one of his adventures. In this scene Tintin is traveling in a submarine called "Rackham" (Looks like a shark and was build bij Prof. Calculus).

Hekla Aurora provides an authentic Aurora Borealis experience to all those who fly on her. The on-board light show provides the perfect beginning to any transatlantic flight by showcasing the natural beauty of Iceland’s famous northern lights.”

In 2015 Japan's ANA Airlines announced a partnership with "Star Wars" and Lucas film, for which the flyer would be unveiling a series of movie-themed planes. In December ANA sent it first "Star Wars" aircraft, an R2-D2 carrier, toward Brussels. The idea was to promote the release of the latest and 7th Star Wars movie "The force awakens" 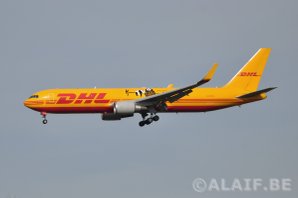 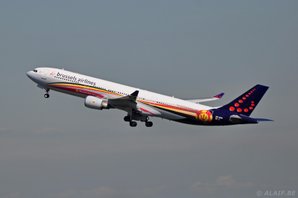 February 2014, Hao Hao and Xing Hui, two Chinese Pandas arriving at Brussels Airport from where they will be tranfered to their new home Pairi Daiza Park. 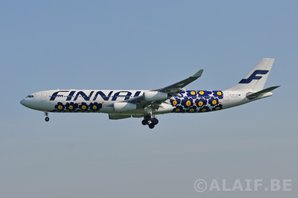 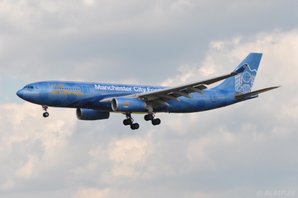 Finnish design company Marimekko's classic floral print appears on the livery of this Finnair's A340 as part of a collaboration that also includes a range of textiles and tableware for use onboard.