In 1931 France's first aerobatic demonstration took place over Étampes-Mondésir. It was performed by the instructors from the local flying school with Morane-Saulnier MS-230 planes. In the period 1932-1939, under the command of Captain Pierre Fleurquin, the team received considerable praise and was chosen to represent France at international events.

Over in Dijon the "Weiser" team, consisting of 18 planes (Morane-Saulnier MS-225 and SPAD 510) gained fame for their team displays in which the planes were tied together.

In 1947, the Minister for the Air created an aerobatic team from the Air Force. Led by Captain Perrier, a former pilot from the Patrouille d'Étampes team, it initially consisted of twelve Stampe SV.4 aircraft. Following the increasing popularity of their performances, a number of similar units were formed within the Air Force. In 1952, Squadron Leader Delachenal, a pilot from the 3rd combat division stationed at the airbase at Reims-Champagne, formed a team of four F-84 aircraft. In 1953, during an aerial event at Maison Blanche in Algeria, the show's commentator, carried away by the spectacle he had just witnessed, gave the team the name "Patrouille de France".

Over the following decade four separate aerial display Air Force units (12th unit – Cambrai-Épinoy; 4th unit Bremgarten; 2nd unit – Dijon-Longvic; 7th unit – Nancy-Ochey) continued to perform at both national and international events. In 1964 however, budget cuts led to reductions throughout the Air Force, including the dissolution of the Dassault Mystère IV team. Nonetheless, a few months later, keen that the Patrouille de France name should not be lost, the Ministry of Defence decided to create an official "Patrouille de l'École de l'air". Its team of six Fouga Magister aircraft stationed once again at Salon-de-Provence and became France's premier aerial display team for the next 16 years.

The final display involving the Fouga Magister, now nine in number, took place on September 16, 1980 at their home base of Salon-de-Provence. They were replaced by seven Alpha Jet, with an additional plane added in 1982. The aircraft, under the leadership of Squadron Leader Bernard Inge, has remained unchanged to this day.

In 1986, the team took part in an historic fly-past above New York City.

In 2009, the Patrouille de France achieved a world premiere when Commandant Virginie Guyot was appointed leader, becoming the first woman in history to lead a demonstration team. 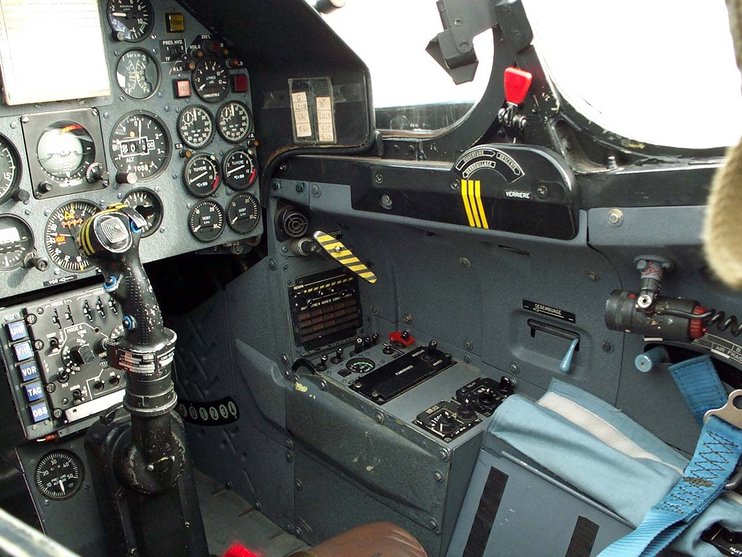