is a long-range wide-body twin-engine jet airliner manufactured by Boeing Commercial Airplanes. It is the world's largest twinjet and has a capacity of over 300 to 550 passengers, with a range of 5,235 to 9,380 nautical miles (9,695 to 17,370 km), depending on the version.

Commonly referred to as the "Triple Seven", its distinguishing features include the largest-diameter turbofan engines of any aircraft, six wheels on each main landing gear, a circular fuselage cross-section and a blade-shaped tail cone. Developed in consultation with eight major airlines, the 777 was designed to replace older wide-body airliners and bridge the capacity difference between the 767 and 747.

As Boeing's first fly-by-wire airliner, it has computer-mediated controls; it is also the first entirely computer-designed commercial aircraft.

The 777-200LR is the world's longest-range airliner and can fly more than halfway around the globe; it holds the record for the longest distance flown non-stop by a commercial aircraft. 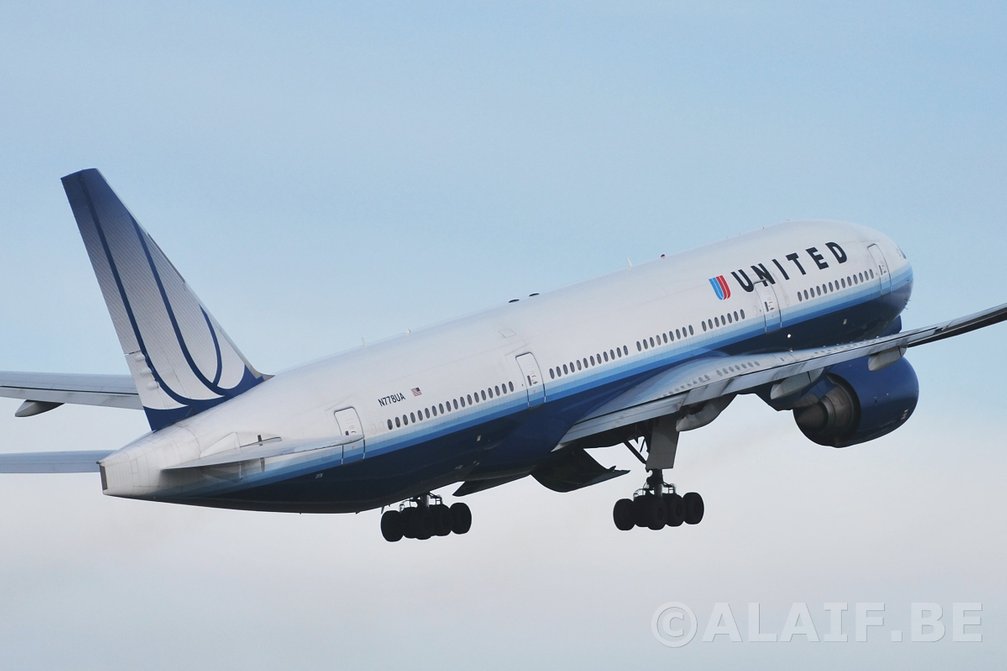 United Airlines first placed the 777 into commercial airline service in June 1995. As of February 2013, 60 customers had placed orders for 1,442 aircraft of all variants, with 1,079 delivered.

As of July 2011, the most common variant used worldwide is the 777-200ER, with 428 in service. As of February 2013, Emirates operates the largest 777 fleet, with over 120 passenger and freighter aircraft. The airliner has been involved in two hull-loss accidents, with no on-board fatalities, as of March 2013.

The 777 ranks as one of Boeing's best-selling models. Because of rising fuel costs, airlines have acquired the type as a comparatively fuel-efficient alternative to other wide-body jets and have increasingly deployed the aircraft on long-haul transoceanic routes.

Direct market competitors have included the Airbus A330-300, A340, McDonnell Douglas MD-11 and the forthcoming A350. The 787 Dreamliner, which entered service in 2011, shares design features with the 777.