is a mid-size, wide-body twin-engine jet airliner built by Boeing Commercial Airplanes. It was the manufacturer's first wide-body twinjet and its first airliner with a two-crew glass cockpit.

Development of the 767 occurred in tandem with a narrow-body twinjet, the 757, resulting in shared design features which allow pilots to obtain a common type rating to operate both aircraft. 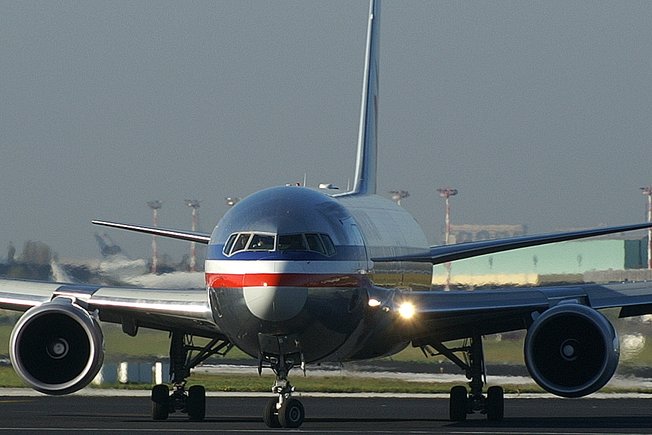 Conversion programs have modified passenger 767-200 and 767-300 series aircraft for cargo use, while military derivatives include the E-767 surveillance aircraft, the KC-767 and KC-46 aerial tankers, and VIP transports. Engines featured on the 767 include the General Electric CF6, Pratt & Whitney JT9D and PW4000, and Rolls-Royce RB211 turbofans.

United Airlines first placed the 767 in commercial service in 1982. The aircraft was initially flown on domestic and transcontinental routes, during which it demonstrated the reliability of its twinjet design. In 1985, the 767 became the first twin-engined airliner to receive regulatory approval for extended overseas flights.

The aircraft was then used to expand non-stop service on medium- to long-haul intercontinental routes. In 1986, Boeing initiated studies for a higher-capacity 767, ultimately leading to the development of the 777, a larger wide-body twinjet. In the 1990s, the 767 became the most frequently used airliner for transatlantic flights between North America and Europe.

The most popular variant is the 767-300ER, with 552 delivered, and Delta Air Lines is the largest operator, with 94 aircraft.